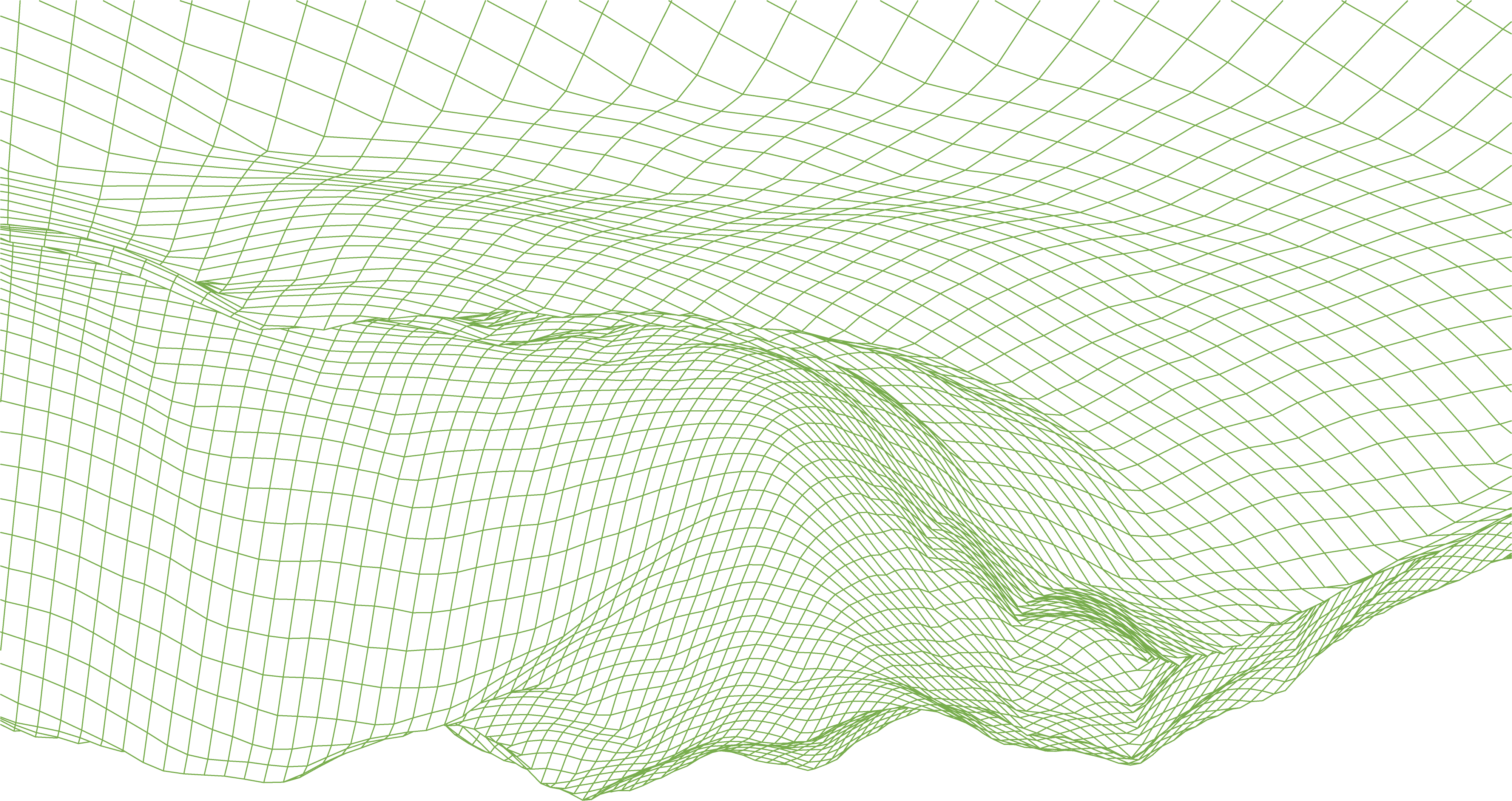 1958 The beginnings of the project

Géosel’s great story began well before 1967, the year in which the company was created…

With the temporary closure of the Suez Canal in 1956, and the threat this constituted to the supply of petroleum products to France, the government became conscious of the need for oil strategic reserves.

Via its decree of 10 march 1958, it forced refiners and distributors to hold stocks for three month consumption. 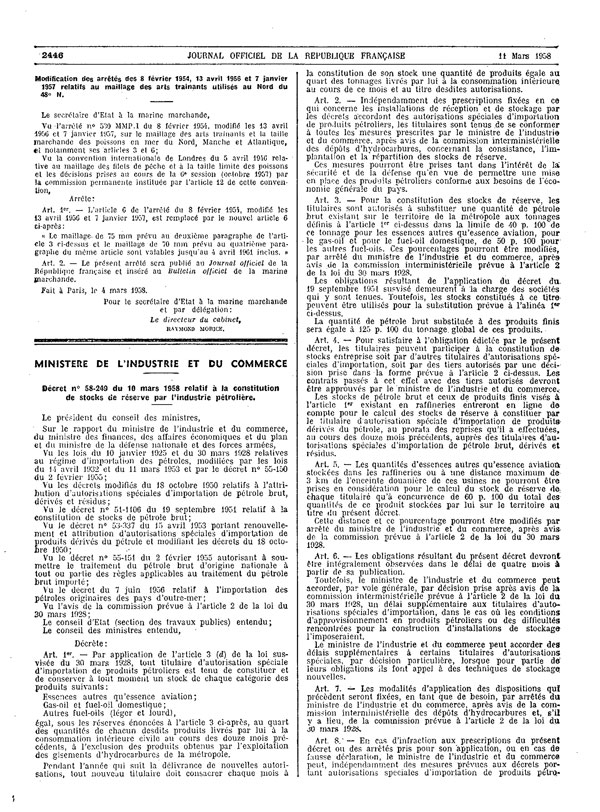 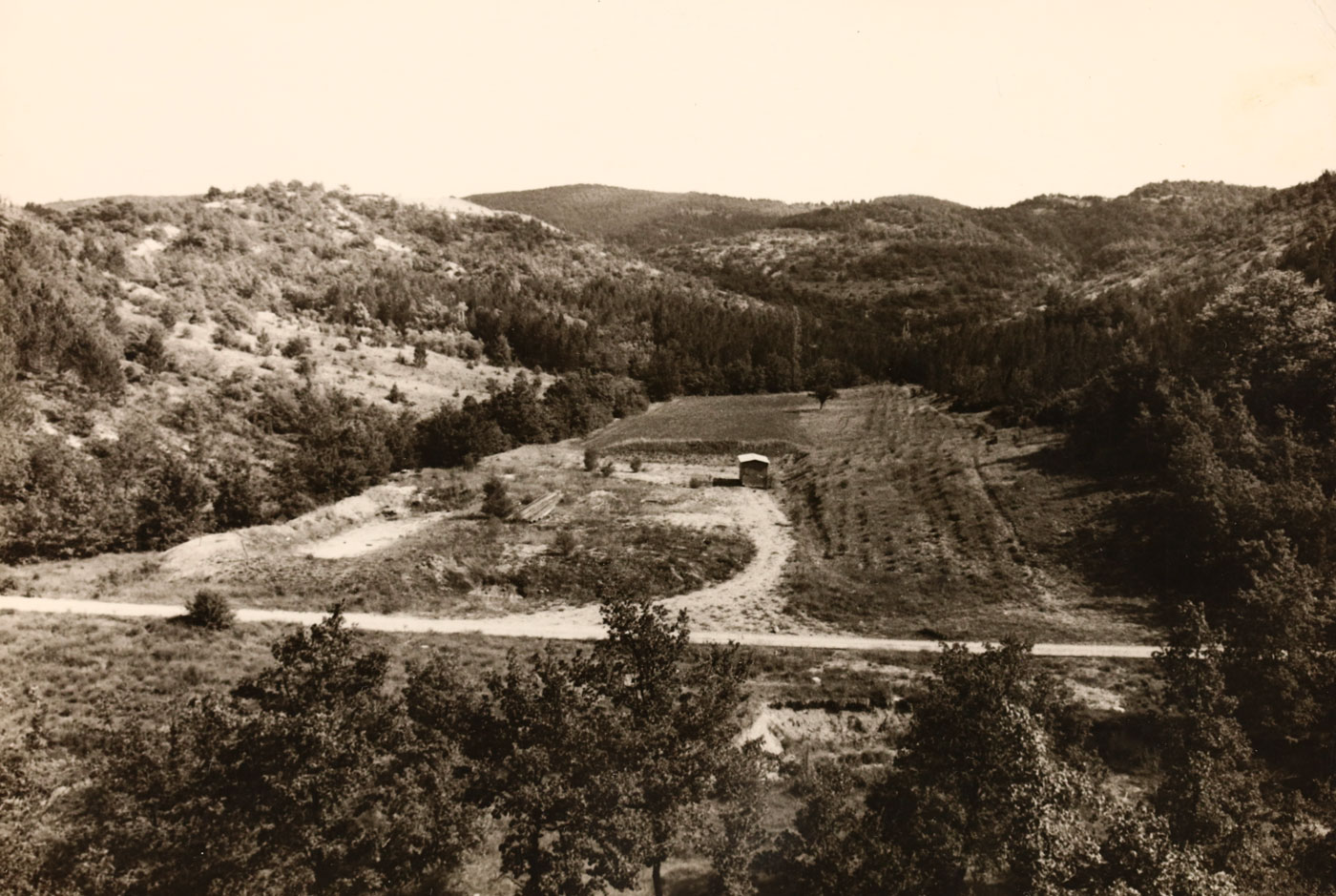 Between 1962 and 1966, exploratory surveys were undertaken, in Alsace, in Bresse, in the Valentinois area and in the Manosque region, on salt sites that would be capable of accommodating underground storage.  In september 1965, the Société Française des Pétroles BP and the Société Française Shell joined forces to create the Société de Stockage Géologique Geostock. They were then joined by the Compagnie Française de Raffinage (Total) and ELF Union.

The Manosque region attracted attention thanks to:

I. The presence of an 8-hectare salt deposit, at the location known as “Passaire”.
II. The proximity of the refineries and oil port of the Mediterranean area, in Berre (65 km away), La Mède (84 km) and Lavéra (95 km).
III. The signature of the agreement with the "Produits Chimiques du Midi" company allowing the use of the recently dried-up Lavalduc pond for disposal of the brine resulting from solution mining. 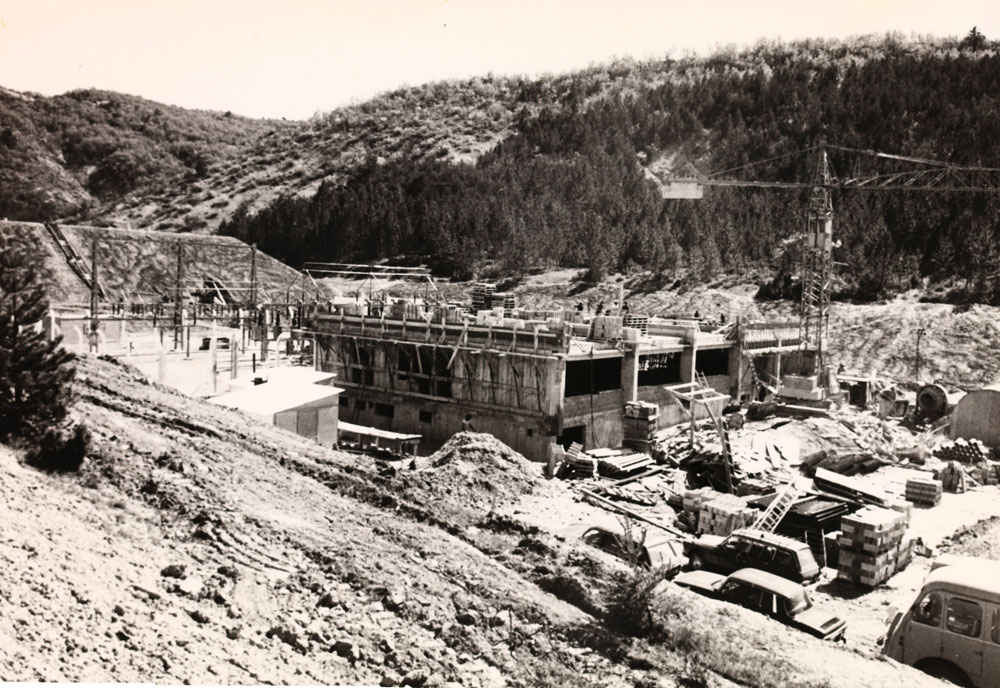 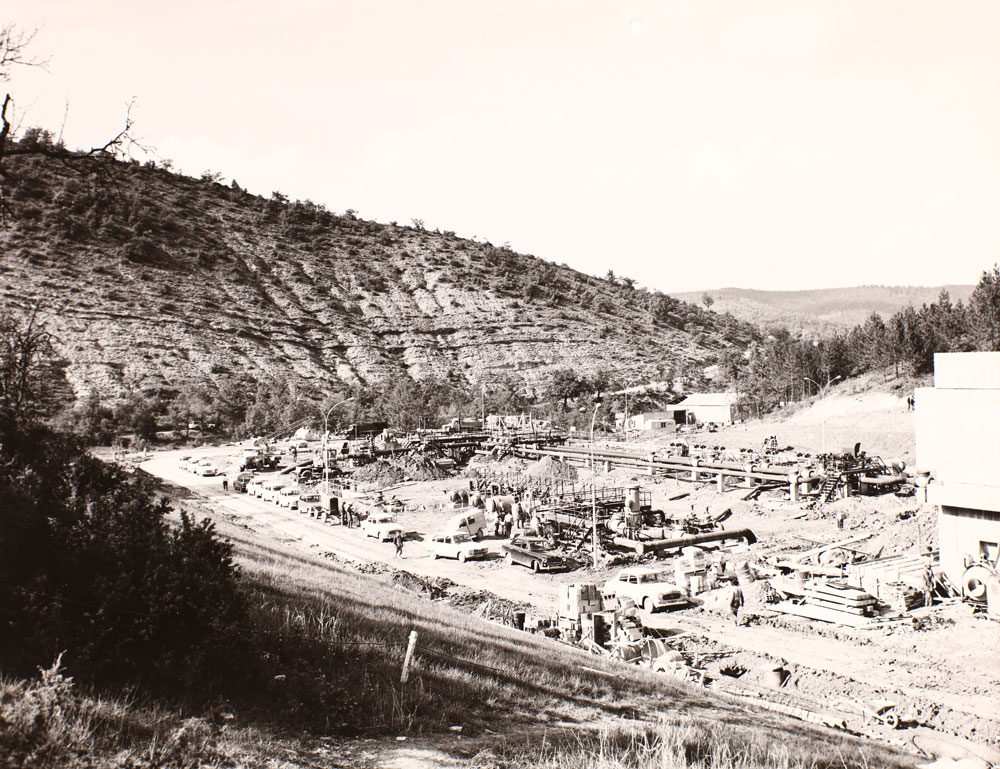 The construction of the pipelines and surface installations, which was a prerequisite to starting the storage caverns leaching, began in 1967.

The GSM1 pipeline, between Passaire and Lavéra, was used during caverns leaching to evacuate the brine, and later converted to oil products movements. 97.7 kilometres long, it has a maximum flow of 1,950 m3/h (withdrawal rate) and 1,000 m3/h (injection rate).

The construction of a 15-km water supply pipeline, from La Brillanne in the Durance valley, to Passaire, was completed in 1968.

Simultaneously, construction work were launched for:

1969 Excavating the caverns (drilling and leaching)

Manosque Project I began on 2 october 1967 with the drilling of the first cavern. 18 of these were excavated in several phases. They began to be filled with petroleum products from 15 july 1969.

In the same year, an agreement was signed with "La Compagnie des Salins du Midi" for brine sales and storage in Lavalduc. 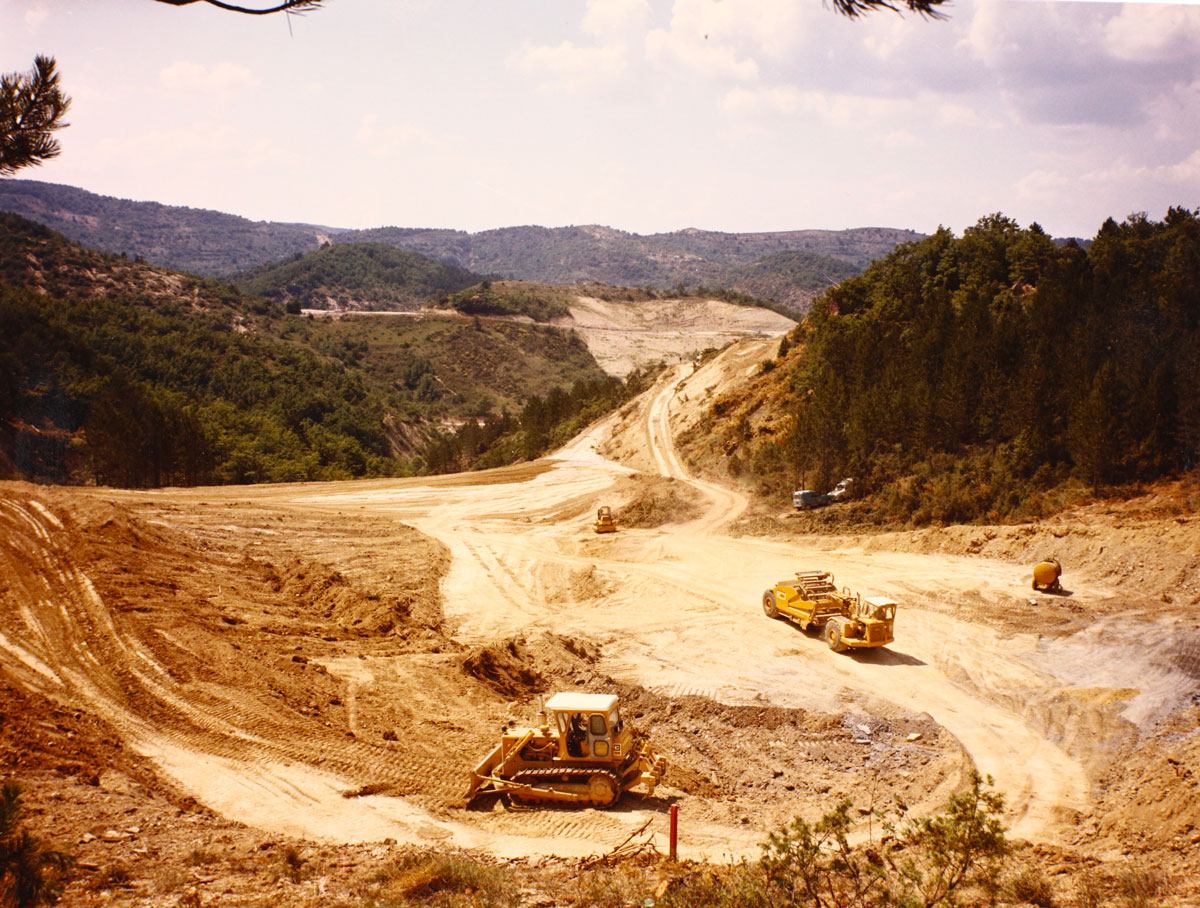 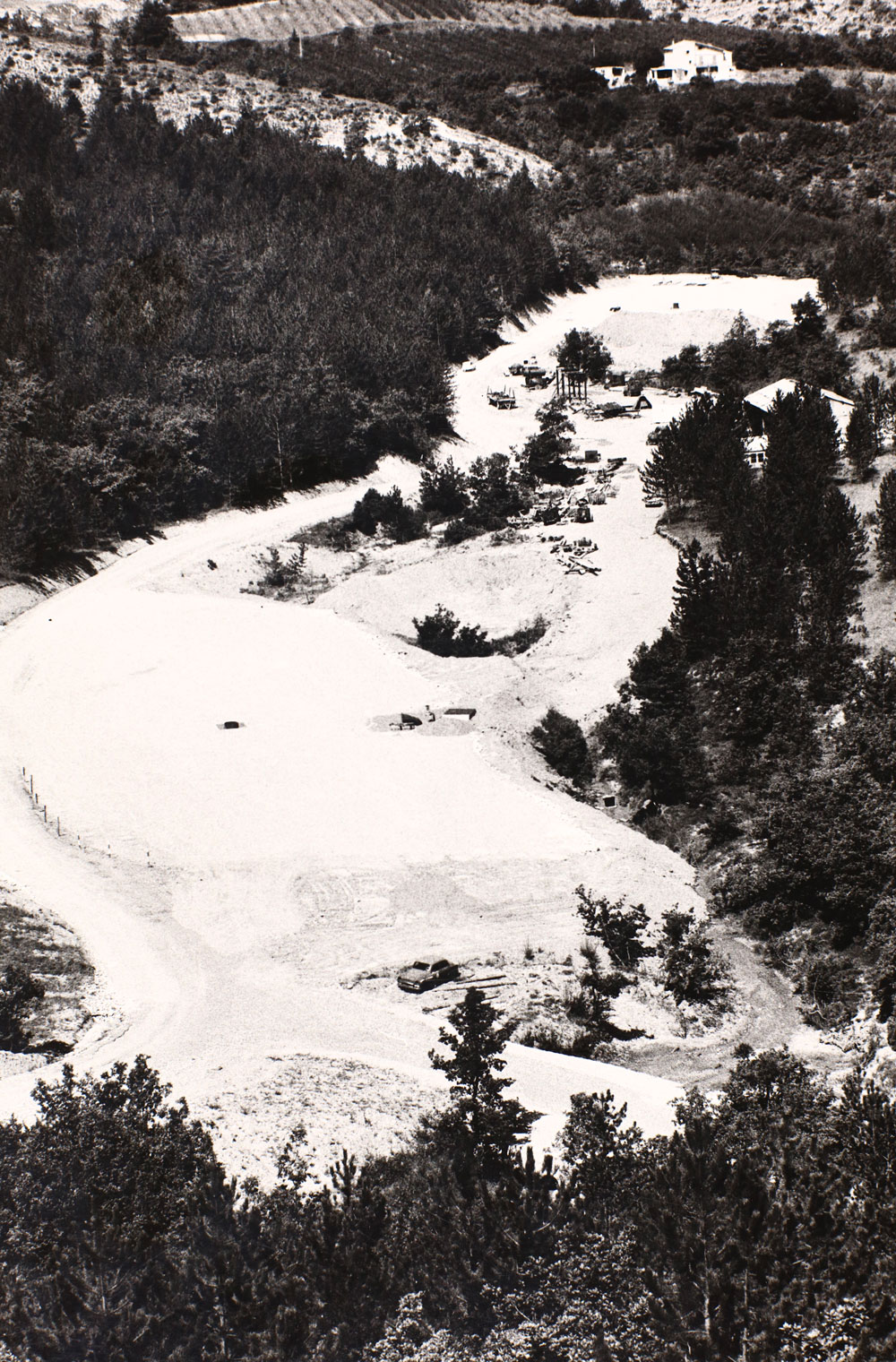 Initiated on 12 october 1972 by the leaching of 6 caverns, Manosque Project II consisted of 11 storage caverns and 2 brine-production caverns.
It also included doubling the pipes in order to address the need for storage expansion.
For this purpose, the 78km long GSM2 pipeline between the Passaire station and the Berre pond was laid in november 1973. Works were completed in 1974 when the Géopipe station in Rognac was connected to the Shell refinery in Berre. 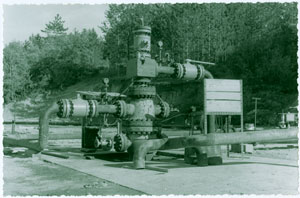 Following the first oil crisis in 1973, the Manosque storage facility, initially designed for strategic releases, saw its product inflows and outflows increase, and began to envisage an operational function.

In 1975 the GSM2 pipeline was extended to the Lavalduc and Engrenier ponds (total length 96.5 km).

Storage operation by brine compensation, avoiding freshwater that limited the number of operations by cavern, became a major asset for Géosel.

The development of Manosque II, including the creation of a new cavern, continued till 1983.

1977 Close relations with the pnrl to protect the environment

Géosel maintains very close relations with environmental players, particularly with the Luberon regional natural park (PNRL), the site being located in the park’s nature & silence area.
On 3 May 2017, a partnership agreement was signed with the PNRL in order to “take into account environmental issues in the surveillance, maintenance, inspection and repairs of the transport pipelines within the Luberon regional natural park.”
Its goal is to control and reduce all the potential impacts on this sensitive environment, while enabling the execution of all operations necessary to maintaining the sustainability of the transport infrastructures.

1985 A slowdown in activity

Following regulatory changes regarding to strategic stocks, and decrease of French oil products consumption, activity was reduced at Manosque and the site was mothballed in 1985.
Although the pipes between Lavera, La Mède and Rognac continued to be used, the sustainability of Géosel storage was on debate. 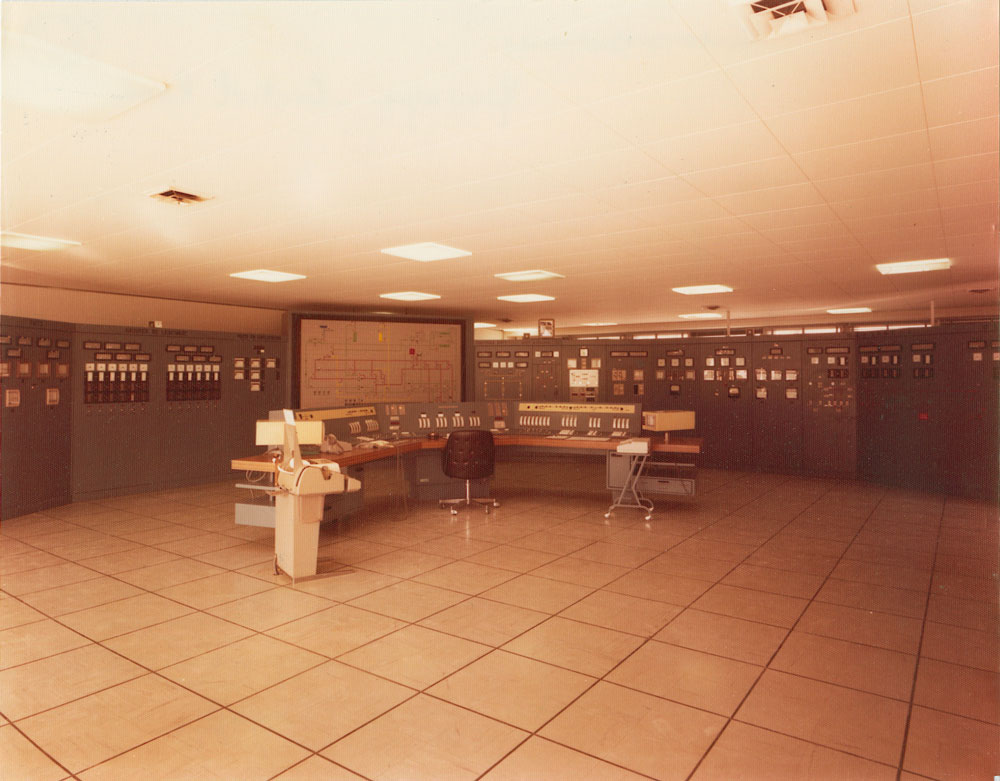 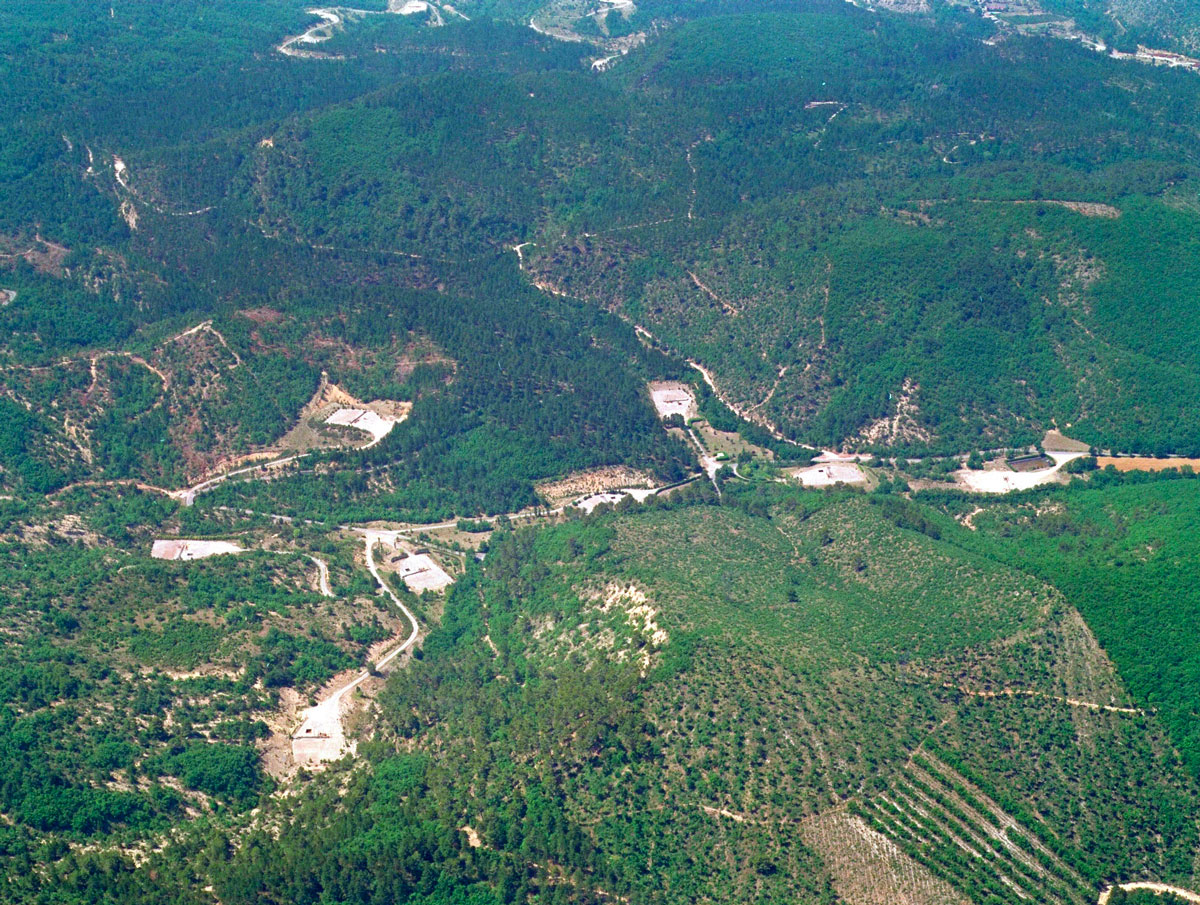 The shared interests of Géosel and Gaz de France resulted in a relaunch of activity, thanks to the signature of a long-term agreement in autumn 1988 to rent seven caverns for natural gas storage.

Géométhane was created on 5 June 1989, with equal ownership between Geostock and Gaz de France.

Engineering activities for well and pad equipment were undertaken from 1990 to 1991 and caverns extension took place between 1990 and 1995.

In the beginning of the 1990s, Géosel activity was reduced, limited to the operational requirements of the local refining and petrochemical industry.

The second half of this decade saw the strategic storage activity restart, due to increased needs of the Société Anonyme de Gestion de Stocks de Sécurité (SAGESS).
A revamping plan of the facilities was launched to address these new requirements.

In parallel, several studies were undertaken in order to diversify the type of products stored: LGP storage (“Géopropane” project) or ethylene storage. However, these studies did not lead to concrete development due to the economic environment and the sharp decrease of oil prices in 1998. 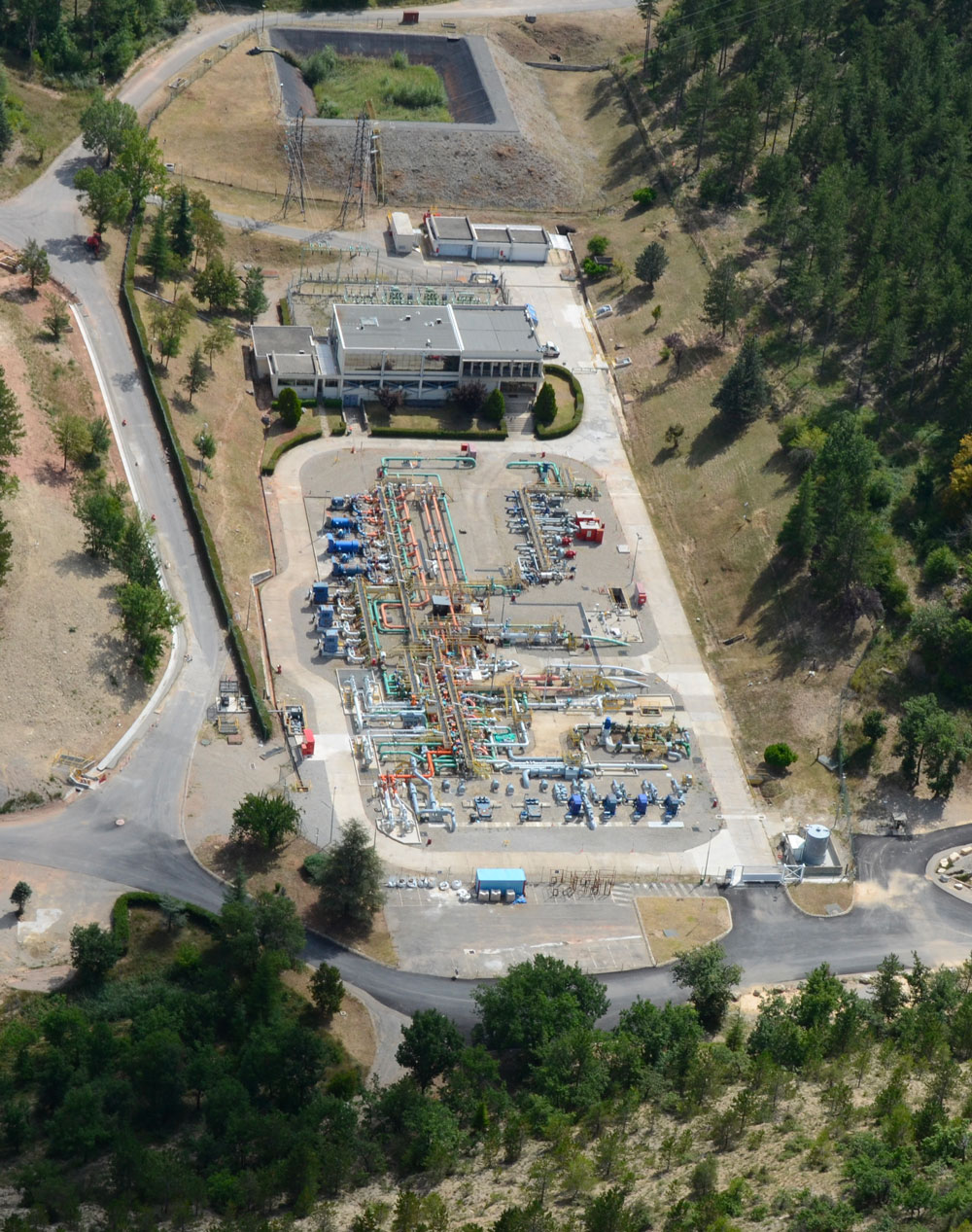 SAGESS decided to store additional volumes in Manosque in order to address its obligation of increasing its reserve. On 26 June 2003 several contracts were signed between Géosel and SAGESS providing for the construction of a new pipeline and associated facilities, and for the long-term storage of products.

The “NCS” project (New Caverns for SAGESS) was launched in 2004. Two new caverns were excavated: a filtration unit and a sea outfall pipe were then built for brine disposal. 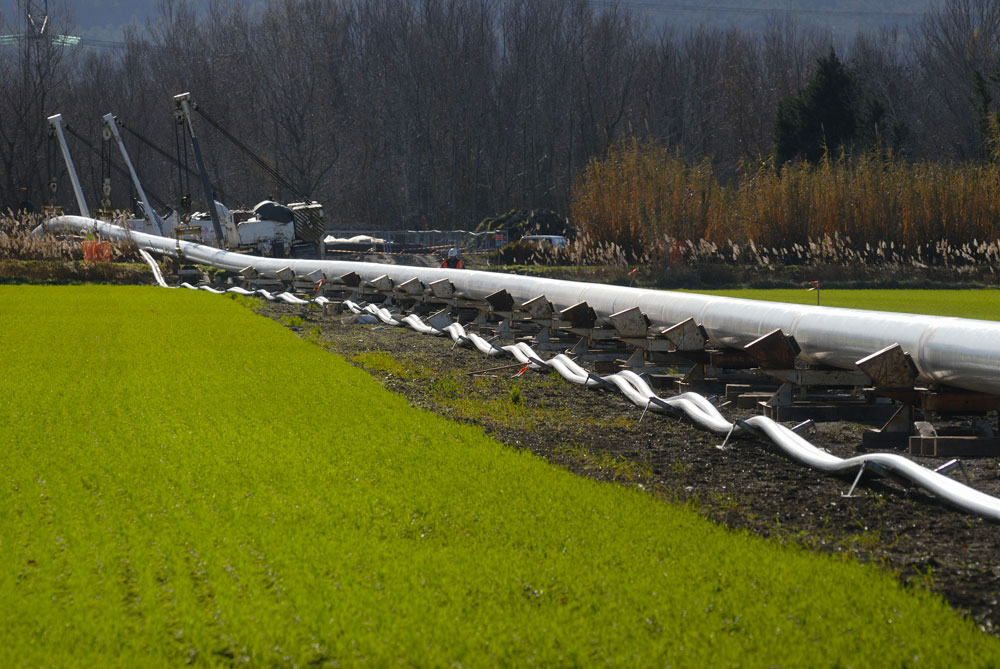 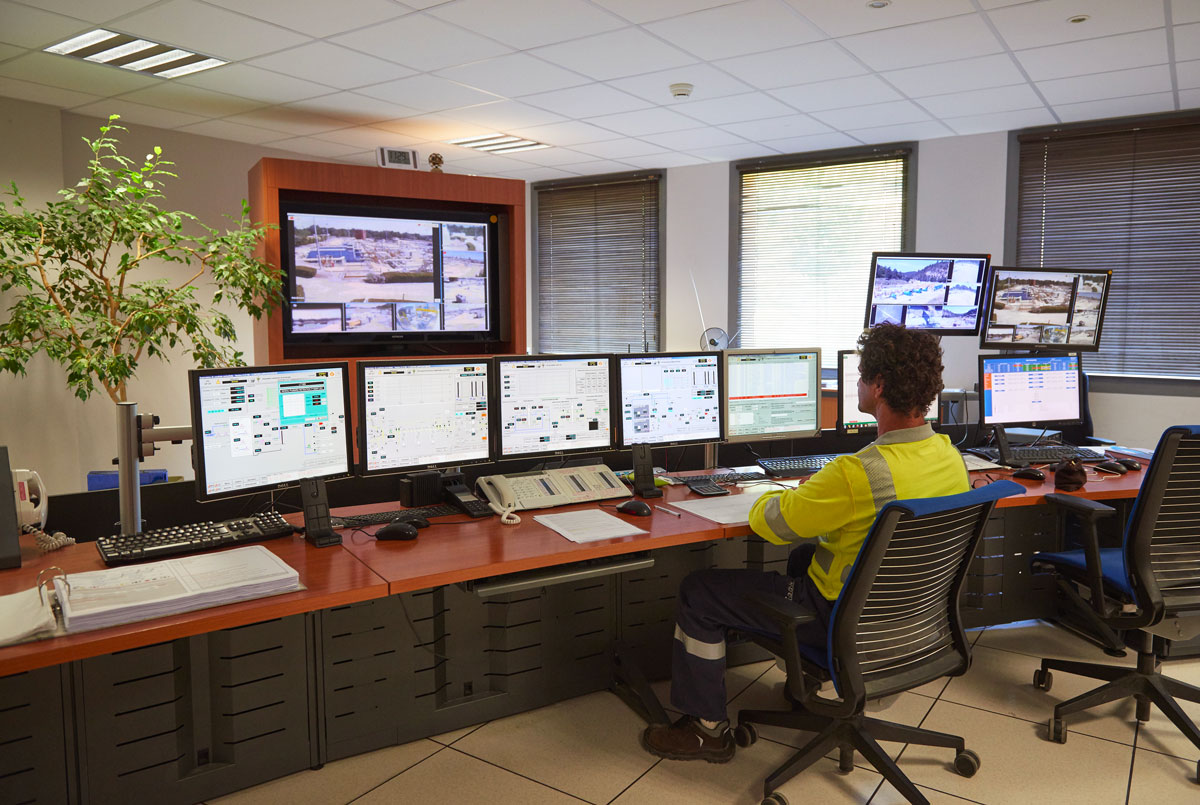 An incident on 1 May 2010 led to an escalation in the revamping plan of the facilities which encompassed various technical improvements.

In June 2012, a new building was inaugurated.

As of today, Géosel storage capacity is 9.2 Mm3.
In 2015, a significant change occurred with the company TSH (Transport Stockage Hydrocarbures) becoming the main shareholder of Géosel.